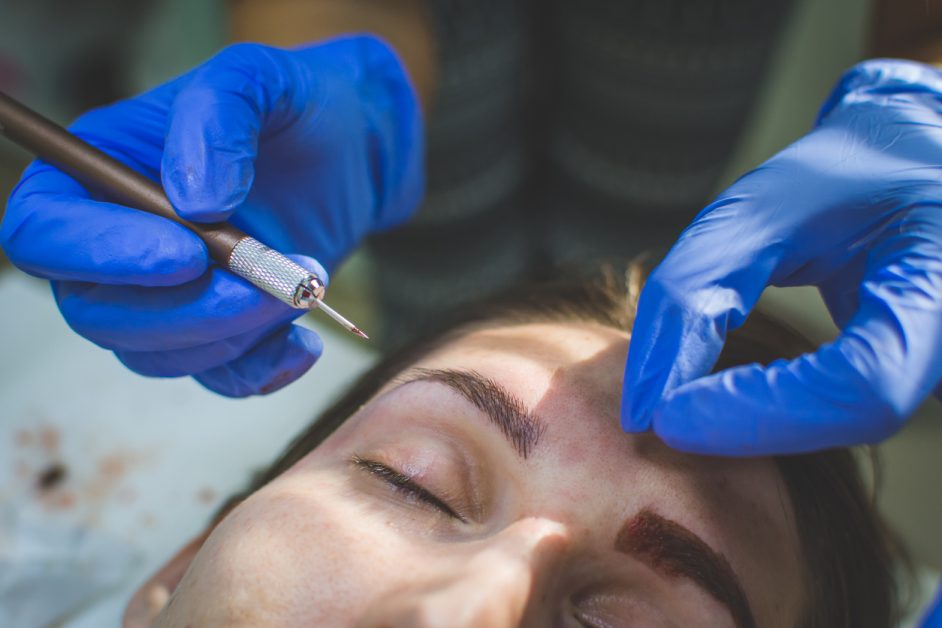 Eyebrow penciling – it has likely been part of your morning routine for years and you probably don’t even remember a time where you didn’t have to do it. While there are a variety of different ways to give your eyebrows the illusion of fullness, it takes time to make sure they are both full-looking and symmetrical each day. However, microblading can make it so you can get the same look without the hassle.

Although the procedure is becoming increasingly popular, even women who have had some plastic surgery procedures before don’t know what microblading is. This non-invasive procedure is similar to tattooing your eyebrows on, but with the benefit of only being semi-permanent. Microblading plants pigment under your skin with a small hand held tool that gives your eyebrows more definition without the need to pencil them on. However, unlike permanent eyebrow tattoos that give the same effect, microblading is only temporary so if you want a thinner brow look, you simply need to wait until the pigment wears away.

HOW LONG DOES MICROBLADING LAST?

Microblading is a temporary pigment, but as for how long it lasts depends on both skin type and age. In most cases, the effect will last for about 12 months, but pigment can remain for up to 18 months in some cases. To prolong the life of the procedure, your plastic surgeon will give you after-care instructions to follow. Immediately after the procedure, you will want to avoid moisture until the pigment has fully set. This means you will want to avoid washing your face, sweating, and swimming until your plastic surgeon gives you the okay. Luckily, it doesn’t take long for the pigments to set fully so you can get back to your skin care routine.

We have all seen one or two women that instead of simply penciling their eyebrows on, they removed them and replaced them with tattoos. Why they do this? Well, that is something only they can answer. They are stuck with those false brows for life, even when they are old and grey.

Furthermore, your plastic surgeon will go to great lengths to make sure that microblading looks natural. We don’t just color in eyebrows like a coloring book, we use hair-like strokes that go with your brow line to make it looks distinctly natural. Within the first few days, your brows make look overly dark, but after the first week, the color will fade and even out by about 40 percent.

If you have ever had a tattoo, you might remember how uncomfortable it may have been. On some areas where the body is more sensitive, a tattoo will be downright painful. You may think your eyebrows will be one of those sensitive areas, but plastic surgeons are trained to take a gentle touch.

Although a microblading procedure isn’t as relaxing as a day at the spa, your plastic surgeon will take steps to make sure the discomfort is kept to a minimum and it doesn’t feel like a needle is grinding away at your skin. In order to minimize any pain or discomfort, before the procedure begins, your plastic surgeon will apply a topical ointment to lightly numb the brow area to keep you comfortable.