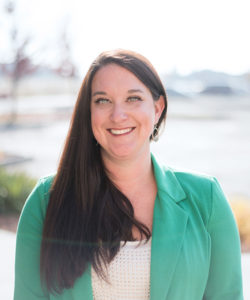 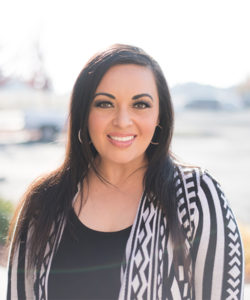 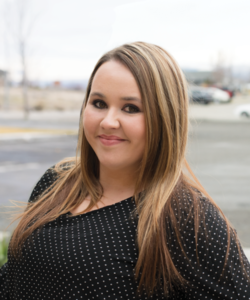 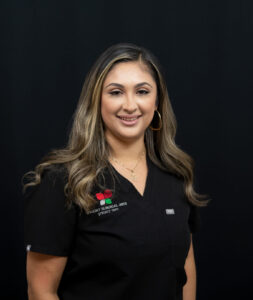 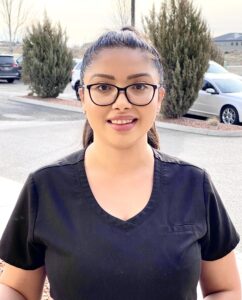 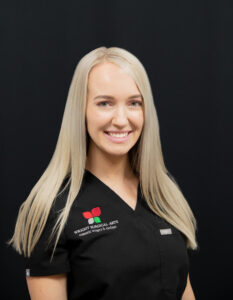 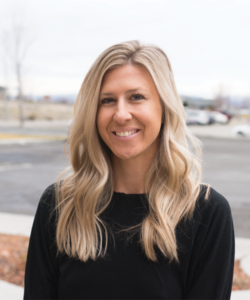 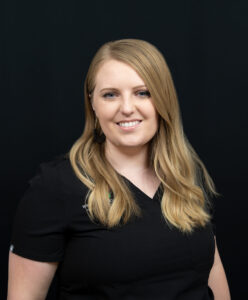 Welcome to Wright Surgical Arts! We offer cosmetic surgery procedures and rejuvenating medspa services to enhance your breast, body, and face. Our full-service medspa has everything to help with your non-surgical needs. We have created this website to provide you with information about who we are and the procedures we offer.

“As a cosmetic surgeon my philosophy is that good patient-doctor communication is paramount to understanding a patient’s goals for cosmetic improvements. Patient safety is my highest priority while at the same time providing the best achievable result. I consider all aspects of surgical care from choosing my staff to medications, operating room safety and postoperative care. My goal is to achieve an aesthetic balance in one’s appearance. It should be apparent that you look better but not apparent that you have had plastic surgery.” – Dr. Jason Wright

It is important for you to understand that our philosophy is a patient-centered approach. At Wright Surgical Arts you as a patient take priority over all else. We understand that it’s your body and deciding to have a certain procedure performed can be difficult. Our goal is to help you make the right decision with your best interests in mind, giving you the best experience with the result you desire. To learn more about our providers, who we are and the services we offer at our medspa and cosmetic surgery center, we invite you to please explore our website.

Dr. Jason Wright was born in Spokane, WA and began his undergraduate training at Whitworth University. He transferred to Washington State University for his last two years and graduated with a BS in Biology. He then attended Lake Erie College of Osteopathic Medicine in Bradenton, FL for medical school. From there he moved to Detroit, MI where he pursued and completed his 5 year General Surgery Residency. It was during these five years that he was exposed to breast cancer surgery and breast cancer reconstruction. The more reconstruction cases he was involved in the more Plastic Surgery intrigued him. This changed from intrigue to a passion. After completing his residency he then moved to Salt Lake City, UT where he then completed a total body Cosmetic Surgery fellowship through the American Academy of Cosmetic Surgery.

It was Jason, and his wife Sara’s, plan to always return to the Pacific Northwest. With family friends and colleagues in the Tri-Cities, WA, they decided to move to the Tri-Cities and open a Cosmetic Surgery Practice. With hard work and a passionate commitment to Aesthetic Surgery, Dr. Wright opened Wright Surgical Arts.

Patients say that Dr. Wright has a non-intimidating manner that makes it easy to communicate with him. This is exceedingly important to him because there should be no barrier when discussing realistic expectations, risks, or the course of your recovery. This barrier-free communication helps us reach a practical and rational surgical plan that ends in outstanding results.

Dr. Wright chose cosmetic surgery because he is fascinated by the technical aspects as well as the fact that in order to become an excellent surgeon, one must master being an excellent physician. Cosmetic surgery also requires artistic talent. This appeals to him as he appreciates that each individual is different, challenging him to think outside the box since no two procedures or patients are the same. Being a surgeon has been his life long dream. All the years of his surgical training and patient interactions have propelled him towards a passion for cosmetic surgery and understanding that each individual is beautiful and unique in their own way.

Dr. Wright absolutely loves what he does, and one of the most rewarding aspects of this is hearing from patients how a cosmetic procedure he has performed has helped enhance their own self-confidence. If this drives any one patient toward fulfilling a lifelong dream, or just stepping out of their comfort zone because they suddenly feel confident enough, then he is fulfilled. That is what makes Dr. Wright’s profession as a cosmetic surgeon fulfilling every day!

Dr. Myles Goldflies was born in Chicago Illinois and went to undergraduate at the University of Illinois in Champaign-Urbana, getting a BS in Biology.  He received his MD degree from U. of Health Sciences/The Chicago Medical School (now Rosalind Franklin U. of Medicine & Science) in a 3-yr program in 1978.  His first year of general surgery was in Syracuse at SUNY/Upstate, but then returned to Chicago for 2 more years of general surgery at Cook County Hospital.  He was accepted into the Loyola U. plastic surgery residency after those 3 years and completed Loyola’s program.  Board certification was accomplished in 1985 by the American Board of Plastic Surgery.  He went into plastic surgery because it was just like the music he had always heard in his house when growing up….jazz, since jazz is improvisation.  Plastic surgery has always been the surgical embodiment of improvisation.

He went into private practice in 1984 in Chicago as the associate of another plastic surgeon.  The first several years of practice were “general,” with a mix of aesthetic, reconstructive, and hand surgery.  This hand surgery experience included working at a clinic that specialized in industrial injuries.  By the early 1990’s his focus became entirely aesthetic.

After being essentially a solo practitioner in Chicago for 21 years, he came to western Washington to join the Avalon Clinic so he could be in a group.  He moved to Myrtle Beach SC from 2011-13, doing all aesthetic surgery, but then returned to WA.

His first use of a medical laser was in 1985, one of the very few in plastic surgery that used one in those days.  Within a few years, he tried this modality for several procedures since at that time medicine was trying to see if there was a place for lasers in medicine.  He was involved with a clinical research program with lasers called PDT, which went on into the middle 1990’s.  This was a non-surgical treatment for recurrent non-melanoma skin cancer.  He taught numerous courses around the country in lasers, including laser physics.

The early practice years in Chicago in the 80’s was weighted towards breast surgery, including reconstructions.  He used nearly every type of implant on the market at the time including the polyurethane covered gels.  His first transaxillary procedure was in 1987 and is still his preference in the right patient especially after having done more than 3,000 of these.  He has done over 4,000 augmentations when taking into account other approaches and combinations with lifts.  He never “got away” from silicone implants and was a clinical investigator during the FDA clinical trials from 1995 until they were re-approved.  He has used a technique for breast lifts and reductions with a limited scar, no longer performing the “anchor.”  He further refined these “lollipop” lifts/reductions with a shape improvement not usually seen with the “anchor,” and without all those scars!  “Perky” can be obtained.

He has been a member of ASPS since the 1980’s.  He has been in various state, county, and national medical societies, even being trauma certified (ATLS).  He became a Fellow of the American Society for Laser Medicine and Surgery (ASLMS) in 1988.  He was a board member of the Midwest Bio-laser Institute in Chicago, which included various medical specialties, physicists from some of the local universities, and other non-medical professionals.

His reputation for facial rejuvenation is for long-lasting results and a natural look.  He developed a technique for lower eyelid surgery that gives a “younger-looking eye,” and not just “less tired looking.”  This procedure even gives some added fullness of the cheekbone area without any implants.

His philosophy regarding facial surgery is that one should look refreshed and different, but natural.  Friends and family should notice a change but have trouble being able to pinpoint what changed, instead of “Oh!  You must have had _______done!”  He has many “favorite” procedures and not just 1.  He has been suggesting natural products to his patients for over 30 years.  His consults are lengthy, but make sure you bring your questions.  They WILL be answered.

With a passion to serve others, Deborah has traveled as part of a humanitarian brigade to Peru (Sisters of Providence) and Belize. She has spent her career treating patients throughout the Tri-Cities and Yakima Valley. Deborah believes in a holistic approach to medicine. Everything in life needs to be practiced in moderation, ie, taking care and tending to one’s body, mind and spirit. She is a member or the American Academy of Nurse Practitioners and recently has been chosen by the City of Richland as a member of the American Disabilities Act committee.
In her spare time, Deborah has enjoyed traveling to Spain, Portugal, France, Mexico and throughout the United States. She enjoys running, walking, hiking, strength training, golfing, gardening, riding her Peloton, Bianchi and mountain bikes. She has climbed Mount Adams and Rainer. She also practices Bikram hot yoga and meditation regularly. She has lived in the Tri-Cities since 1981. She enjoys spending time with her daughter, son-in-law and two grandchildren who have recently relocated to the Tri-Cities.
Kelli Kania, RN Aesthetic Nurse Specialist
Kelli Kania, RN

Kelli Kania, RN, is a highly trained aesthetic nurse with 20 years of experience. She specializes in non-surgical treatments to restore and enhance one’s natural beauty.

As a specialist in her field, under the medical directorship of cosmetic surgeon, Jason Wright, DO, Kelli provides cosmetic consultations and treatments using aesthetic injectables such as Botulinum Toxin, dermal fillers and regenerative treatments with Platelet Rich Plasma.

She has continued her education and training with an array of plastic and cosmetic surgeons across the US. Her passion and understanding for sharing this knowledge with her patients while equipping them with fundamental principles necessary to provide superior outcomes is her uncompromising goal. Kelli is dedicated to administering and implementing personal and safe aesthetic results with an optimal excellent gold standard of care. She believes in creating a refreshed appearance that is believable, comfortable and natural in look. Her artistic eye and attention to detail has been represented on beautiful faces all over the country.

Christine Mosca, RN, BSN is a is a highly trained aesthetic nurse with over 5 years of nursing experience. Christine brings a wealth of experience to our Spokane office.

Christine provides cosmetic consultations and treatments using aesthetic injectables such as Botulinum Toxin, dermal fillers and regenerative treatments with Platelet Rich Plasma. Her attention to detail and patient-centered approach allows for the highest quality patient care and treatments. She has continued her education and training across the country with numerous specialists in the aesthetic field.

With over 5 years of experience in the industry, her understanding of how cosmetic injectables work has given her the ability to treat all skin types because not all people are alike. With a passion for promoting individual self-worth, Christine offers highly qualified services in the Spokane and Spokane Valley area.

Katie Slattery, ARNP, is a highly trained aesthetic nurse practitioner. Her passion for empowering patients’ overall health and wellness, in combination with her artistic eye, makes her a great addition to the aesthetic team here at Wright Surgical Arts.

Katie provides cosmetic consultations and treatments using aesthetic injectables such as Botulinum Toxin, dermal fillers, regenerative treatments with Platelet Rich Plasma, as well as CO2 and Radio Frequency lasers. Katie understands that each patient is unique and develops individualized treatment plans for each patient versus using a “one-size-fits-all” approach.

When you’re looking for face and body rejuvenation, finding the right professional injector is crucial to the success of your procedure. Wright Surgical Arts offers highly qualified services to residents and visitors of the Tri-Cities and the Pacific Northwest.